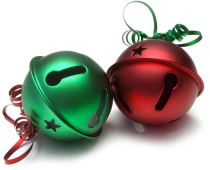 CHEMO ALL THE WAY…

OH, WHAT FUN IT IS TO HIDE

FINGERS AND TOES, CAN’T FEEL THOSE,

AND MY NAILS ARE GONNA DIE.

TASTE BUDS ALL BUT DEAD,

NOT ONE HAIR ON MY HEAD,

AND THAT’S NOT ALL OF THOSE…

RASHES THAT BURN AND POP,

YOU CAN’T FOOL ME,

I’M FIGHTING FOR THE WIN.

AND WHATEVER IT TAKES,

BECAUSE YOU CAN COUNT ME IN.

HO HO HO!   Well, it’s been a long stretch of silence on this blog, five straight weeks. During much of that time, I’ve had to lay low. Not because cancer has tripped me up, but because something as simple as the common cold seized me in a way that made me think I was in the grips of the Christmas Grinch.

It wreaked so much havoc that it depleted my energy to the point where I was mostly useless. Sure, I understand that cancer drugs reduce my ability to fight off infections and even the common cold can be monstrous…but the timing on this was just downright rotten. It stole precious time from me that I wanted to be able to spend with my daughter, who isn’t home much throughout the year. She arrived to spend time in between jobs, and for three of the four weeks she was here, I was sick. Too sick to do ANYTHING but hang at home and rest. Boy, it was so frustrating for me.

She arrived the day before my fourth round of chemo, and kept me company as I sat in the infusion chair for almost four straight hours. She took it all in, observing the somber mood of those around us, noting that one in particular must have been close to her in age, and far too young to be dealing with cancer and chemotherapy.  She stayed close, and watched as the drugs dripped their magic into my Portia.  Three weeks later, she came along with me to my fifth chemo (which I coughed incessantly throughout).  That happened to be the day before Thanksgiving, which meant that I couldn’t eat much on Thanksgiving Day, which really wasn’t a problem since I can’t taste anything anyhow. But our family was together for our first holiday in our new home, so that in and of itself was very special. There were eight of us: both our boys, their wives, our grandson (who, at two and a half years old, is already a great spirit booster), and of course our daughter.  The weather was wonderful and we spent time playing a family round of golf using rubber golf balls and hitting to pins that hubby and sons set up all over the property. Then there was a brief game of lacrosse that followed.   It was a Thanksgiving wrapped in blessings. We’ve always been a close knit bunch, and I’ve never taken that for granted. Our great fortune has been that we’ve somehow managed to raise three children that have found their wings and soared. It’s every parent’s dream, and knowing that our dream has been realized brings a joy that knows no bounds.  I ask you, what more could a parent want?

It was a weepy farewell as children returned to their far away homes at the end of the holiday weekend.  Chemo round six is coming up on December 19th …just in time for the Christmas holiday.  And that leaves me thinking that this song needs just a brief second verse:

DASHING TO THE LAB,

FINGER POKED WITH A STAB.

LAUGHING ALL THE WAY

AS BLOOD COUNTS SWING AND SWAY.

IT’S A TRICK TO NAVIGATE

THIS JOURNEY I’M ON, EVERY NIGHT.

I’M FIGHTING FOR THE WIN.

‘CAUSE YOU CAN COUNT ME IN! 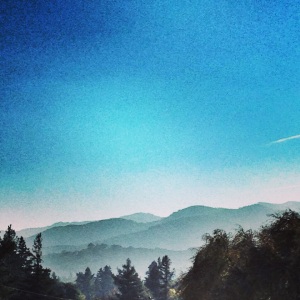 VIEW FROM TOP OF OUR PROPERTY

FROM OUR HOME TO YOURS, BLESSINGS THIS HOLIDAY SEASON!